This small and very affordable BLE hacking tool is based on the powerful LPC175x ARM Cortex-M3 microcontroller with full-speed USB 2.0, the Ubertooth One is a great way to develop custom Class 1 comparable Bluetooth devices. The entire board is only 2.5 inches long with a USB-A connector at one end and an RP-SMA connector at the other.

You can use it to sniff raw BLE packets out and Wireshark to visualize them. In addition, the Ubertooth One can also be used as a 2.4Ghz spectrum analyzer.

Disclaimer: Use The Ubertooth One as a Spectrum analyzer for experimenting, but note that it has not been tested for compliance with regulations governing transmission of radio signals. 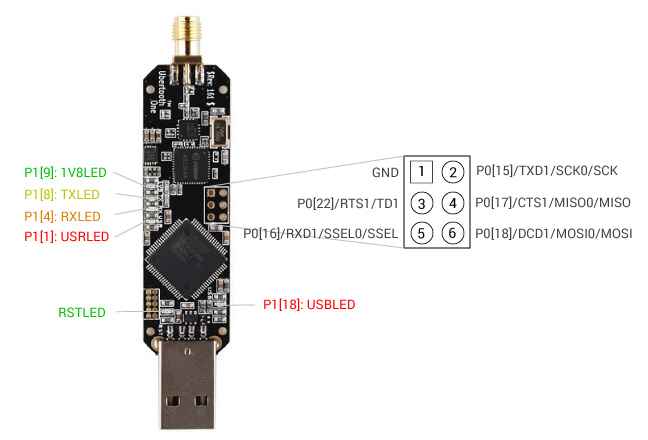 If you are into Bluetooth hacking, then the Ubertooth One is the real-deal for you. It’s cheap ($100-120), well-documented and cross-platform (Linux, Windows, Mac OS X).