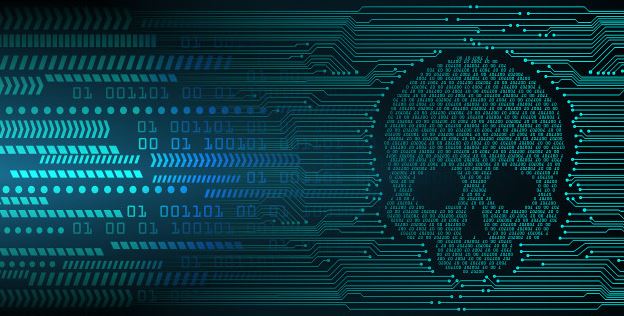 If you’ve grown bored of day-to-day work and need a new hacking gadget to experiment with, we’ve compiled a list of hacking gadgets to help you take password cracking and wireless hacking to the next level. If you’re not a white hat or pentester yourself but have one to shop for, whether for a birthday, Christmas present, or other gift-giving reason, these also make great gift ideas.

Some items featured in this article may not appeal to every penetration tester. As hackers, we each develop our own areas of expertise and interests.

Wi-Fi enthusiasts might appreciate the mousejacking antenna as it’s capable of capturing keystrokes over-the-air similar to how WPA2 handshakes are captured. Others with an interest in quadcopters might enjoy the featured drones for their ability to fly 1–2 miles away without losing a signal and carry attached hardware such as the Wi-Fi Pineapple and Raspberry Pi. Red teams exploiting USB vulnerabilities always in need of a wifi rubber ducky and the list goes on, lets dig in.

A usb rubber ducky on steroids.This hacking gadget created by whidninja, allows keystrokes to be sent via WiFi to a target machine.

The target recognizes the Ducky as both a standard HID keyboard and a serial port, allows interactive commands and scripts to be executed on the target remotely.

The latest raspberry pi 4 was released this year featuring a bunch of upgrades on its predecessor, with CPU, video graphics, bluetooth and more usb ports extended, just to name a few.

The Raspberry Pi remains one of the best gadgets for hackers as you have a plethora of options to use it for. From covert red team operations, to building diy projects at home or even using it as a server. This is a must have for all tech enthusiasts.

This little board can be easily customizable to create your own bad usb keylogger. You can install the popular P4wnP1 ALOA repo that turns this pi into a low cost red team operations hacking machine. Use it to unlock windows boxes, as a persistent backdoor, keylogger or spawn a reverse shell, great tool to have! 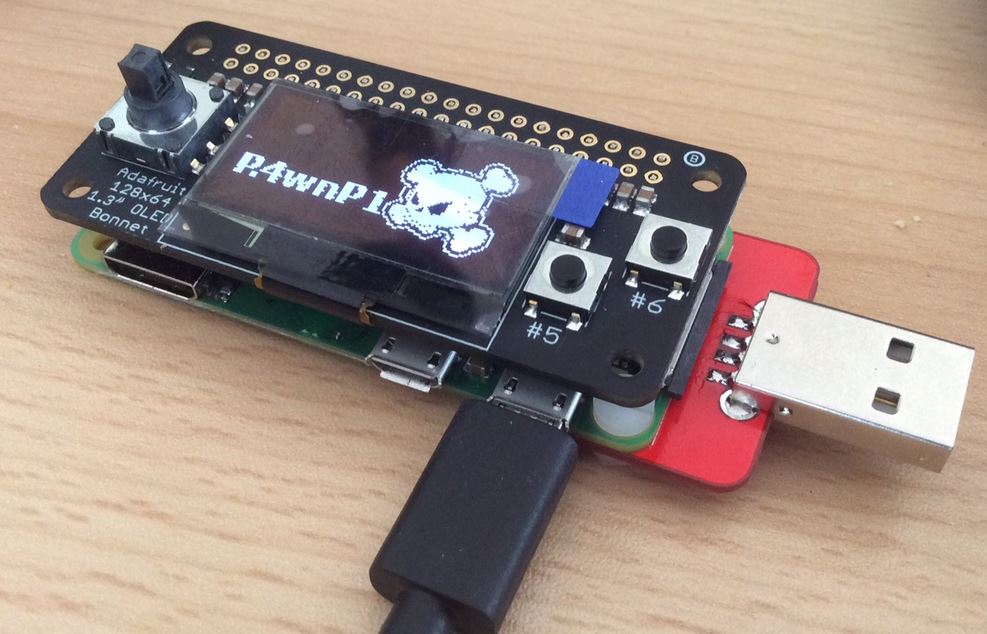 The security firm Bastille made headlines when it reported its research on wireless keyboard and mouse vulnerabilities. Dubbed “mousehacking,” these vulnerabilities allow an attacker to take control of a target computer without needing physical access.

These attacks allow for remote keystroke injections by letting penetration testers anonymously pair their device to a target computer that is using popular wireless keyboard adapters.

The Crazyradio USB dongle used in these attacks, is a 2.4 GHz bi-directional transceiver which can send and receive radio telemetry. Essentially, this USB dongle is capable of observing, recording, and injecting wireless radio waves.

This tiny ESP8266 development board was created by Spacehuhn. This device allows you to scan for WiFi devices, block selected connections, create dozens of networks and confuse WiFi scanners.

The main feature, the de-authentication attack, which comes pre-installed. Is used to disconnect devices from their WiFi network.

You can think of it as a Wifi Jammer, however it only exploits a vulnerability in the 802.11 networks that sends special crafted Wifi packets to the de-authenticating device, thus can be used to improve evil twin attacks.

The Wifi Deauther comes in two flavors, a development board to build your own projects or as a wearable device(watch), with easy to go hacking capabilities.

This model has several improvements over other brands. It uses the improved R820T2 tuner, a 1PPM TCXO, better components, a redesigned lower noise PCB, cooling improvements, extra ESD protection and an SMA F connector. It also has a software activatable bias-tee for powering LNA’s and active antennas.

Ubertooth One can be used for Bluetooth signal monitoring, as well as new Bluetooth and wireless technology development and testing.

2. Gather intelligence, including what other networks the targets have connected

5. All without impacting out-of-scope neighbors from an easy, cross-platform web interface

Considered by many as one of the most crucial devices to have in your hacking gadgets kit.

The USB Killer device is a CE and FCC approved USB ESD Testing device designed to test the surge protection circuitry of electronics to their limits – and beyond.

Love it or hate it, the USB Killer has firmly established itself as a reality that hardware designers have no choice but to acknowledge. For pen testers, it opens up a new vector of attacks. For LEA, a new means of target manipulation. For hardware engineers and industry, a tool with which they can harden their products.

V3 was rebuilt from the ground up to be more capable, portable and stable. In conjunction with the tester & adapter kit, the USB Killer is indispensable for hardware pentesters.

One of the most popular SDR’s available, the HackRF one is a low cost, open sourced software radio defined peripheral capable of transmission or reception of radio signals from 1 MHz to 6 GHz.

Designed to enable test and development of modern and next generation radio technologies, HackRF One can be used as a USB peripheral or programmed for stand-alone operation.

Our HackRF One bundle has an injection molded plastic enclosure and includes three different antennas with a micro usb cable.

Whether you’re in the field, in the lab, or in the classroom, the Proxmark3 is the RFID tool of the trade when it comes to sniffing, reading, and cloning RF Tags. Proxmark3 can run independently from a PC powered by an optional battery, and offers depending on the targeted RFID Tag advanced functions like Offline Encryption, Online sniffing, default key cracking, data dumping, or the ability to run simulations. It is currently the “gold standard” when it comes to RFID research.

Developed back in 2007 by Jonathan Westhues and published under General Public License, the Proxmark3 has made its way from a DIY project to an almost ready-to-use device capable of analyzing the RFID communication at low frequencies (125 KHz) and high frequencies (13.56MHz).

YARD Stick One is a sub-1 GHz wireless transceiver controlled directly from your computer. It uses the same radio circuit as the popular IM-Me. The radio functions that are possible by customizing IM-Me firmware are now at your fingertips when you attach YARD Stick One to a computer via USB.

YARD Stick One (Yet Another Radio Dongle) comes with RfCat firmware installed, courtesy of atlas. RfCat allows you to control the wireless transceiver from an interactive Python shell or your own program running on your computer. YARD Stick One also has CC Bootloader installed, so you can upgrade RFCat or install your own firmware without any additional programming hardware.

CANtact is an open source Controller Area Network (CAN) to USB interface for your computer.

It can be used to connect to CAN bus systems, including cars, heavy duty vehicles using a standard OBD-II cable., and industrial automation systems. CANtact works on Linux, OS X, and Windows.

Voted as the best Wifi hacking adapter for Kali Linux, the Alfa AWUS036NH is perfect for monitoring, sniffing, injecting packets, and wireless auditing.

This bundle includes a mount, for easy use, 2 antenna’s (long and short range) with an installation disk and works great with Aircrack-ng suite. Consider this a top3 must have for your hacking gadgets kit.

With the USB armory’s secure System on a Chip (SoC) features, and open design, this device provides developers and users with a reliable platform for building and executing personal security applications, storing and automatically encrypting data, managing digital keys and passwords, and performing a variety of other security-oriented tasks. The USB armory can even be used to securely access remote computers (over a VPN or SSH), act as an electronic wallet (for Bitcoin), or serve as a bridge for Tor.

This device is designed to support not only MIFARE® and ISO 14443 Type A and B cards but also FeliCa and NFC tags.

You can experience the convenience in using ACR122U, with its compact size and the various features it offers, for applications such as payment, access control, time and attendance, and mass transit.

One of the most useful skills to possess as a hacker or physical penetration tester. Lock picking allows an hacker to unauthorized access and infiltrate his target. This can even be useful for the every day user in case of a locked up situation or even worst case scenario, a kidnapping.

Our bundles include practice locks and key extractors to master the lockpicking art. Perfect for gifts!

The Throwing Star LAN Tap is a passive Ethernet tap, requiring no power for operation. There are active methods of tapping Ethernet connections (e.g., a mirror port on a switch), but none can beat passive taps for portability. To the target network, the Throwing Star LAN Tap looks just like a section of cable, but the wires in the cable extend to the monitoring ports in addition to connecting one target port to the other.

Evil Crow BadUSB Cable is an information security and penetration testing tool that looks and functions just like a regular USB cable (both power and data) until a wireless remote control triggers it to deliver your choice of attack payload to the host machine. In essence, Evil Crow is the next step in the evolution of BadUSB, embedding the attack in the USB cable itself.

Emulating keyboard and mouse actions, payloads can be completely customized and can be highly targeted. Undetectable by firewalls, AV software (**depending on payload of course**) or visual inspection, the Evil Crow Cable is an ideal tool for penetration testers, police and government.

NodeMCU has ESP-12 based serial WiFi integrated on board to provide GPIO, PWM, ADC, I2C and 1-WIRE resources at your finger tips, built-in USB-TTL serial with super reliable industrial strength CH340 for superior stability on all supported platforms.

Another development board you can use for all kinds of things, but the main feature with the NodeMCU is using it as a wifi jammer. Send emp attacks to disconnect targeted devices off their network.

Whether you are proving a point against your neighbor, in need of a diy project or implementing an evil twin attack. The Nodemcu is a low cost must have gadget! Alternatively you can opt for the ESP8266 ready made USB wifi jammer.

And there you have it. The most popular hacking gadgets in 2019.

Do you think we missed a tool ? We’d love to hear what you use in your day to day hacking gadgets kits and which devices are your favorite! Comment in the section below.