PSC allows to e2e encrypt shell sessions, single- or multip-hop, being agnostic of the underlying transport, as long as it is reliable and can send/receive Base64 encoded data without modding/filtering. Along with the e2e pty that you receive (for example inside a portshell), you can forward TCP and UDP connections, similar to OpenSSH’s -L parameter. This works transparently and without the need of an IP address assigned locally at the starting point. This allows forensicans and pentesters to create network connections for example via:

Just imagine you would have an invisible ppp session inside your shell session, without the remote peer actually supporting ppp. 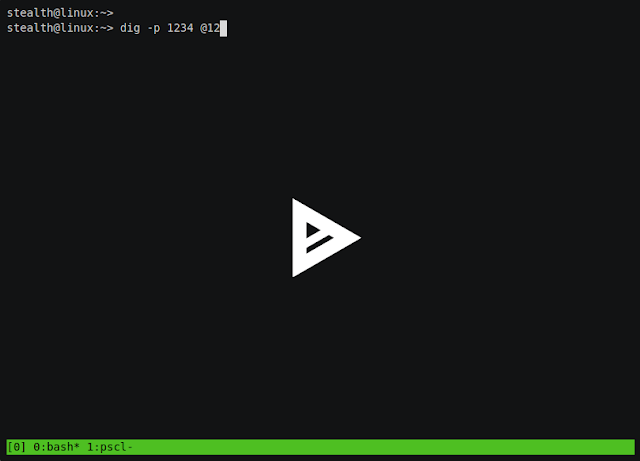 Edit the Makefile to reflect your pre shared keys, as defined at the top of the Makefile.

Then just type make on Linux.

On BSD, you need to install GNU make and invoke gmake instead.

On OSX, you need to install OpenSSL and declare the apropriate installation path inside the Makefile and type make.

On Linux, PSC will use Unix98 pseudo terminals, on other systems it will use POSIX pty’s but that should be transparent to you. I once added 4.4BSD pty and SunOS support back in the stone age for a particular reason, so it may or may not build even with Solaris.

Plain and simple. On your local box, execute pscl, and pass any TCP or UDP ports you want to forward from the remote site to a particular address. For example:

On the remote site (the last hop) with the shell session, no matter if its in a portshell, SSH, console login etc, you execute pscr:

Once you execute pscr, both ends establish a crypto handshake and lay an additional protocol over your existing session that is transparent for you. You can then connect to 127.0.0.1:1234 on your local box to reach 192.168.0.254:22 via TCP or the 8.8.8.8 resolver via UDP. This also works with [IPv6] addresses, if the remote site has IPv6 connectivity. Actually, you can even use it to translate IPv4 software to IPv6, since you always connect to 127.0.0.1 on the local side.

You can pass multiple -T and -U parameters. If you lost track if your session is already e2e encrypted, you can send a SIGUSR1 to the local pscl process, and it will tell you.

PSC is also useful if you want to use tor from a remote SSH shell, where you can forward the socks5 and the DNS port to the remote hosts 127.0.0.1 address. Since SSH does not forward UDP packets, you would normally use two socat connectors or similar to resolve via the tor node. PSC has the advantage of keeping the UDP datagram boundaries, while socat over SSH -L may break datagram boundaries and create malformed DNS requests.

The session will be encrypted with aes_256_ctr of a PSK that you choose in the Makefile. This crypto scheme is mallable, but adding AAD or OAD data blows up the packet size, where every byte counts since on interactive sessions and due to Base64 encoding, each typed character already causes much more data to be sent.

UART sessions may be used via screen but for example not via minicom since minicom will create invisible windows with status lines and acts like a filter that destroys PSC’s protocol. PSC tries to detect filtering and can live with certain amout of data mangling, but in some situations it is not possible to recover. Similar thing with tmux. You should avoid stacking pty handlers with PSC that mess/handle their incoming data too much.

pscl also supports forwarding of TCP connections via SOCKS4 (-4 port) and SOCKS5 (-5 port). This sets up port as SOCKS port for TCP connections, so for instance you can browse remote networks from a portshell session without the need to open any other connection during a pentest. For chrome, SOCKS4 must be used, as the PSC SOCKS implementation does not support resolving domain names on their own. Instead, it requires IPv4 or IPv6 addresses to be passed along. Since chrome will set the SOCKS5 protocol address type always to domain name (0x03) – even if an IP address is entered in the address bar – SOCKS5 is not usuable with chrome. But you can use chrome with SOCKS4, since this protocol only supports IPv4 addresses, not domain names.

Botkube – An App That Helps You Monitor Your Kubernetes Cluster, Debug Critical Deployments And Gives Recommendations For Standard Practices