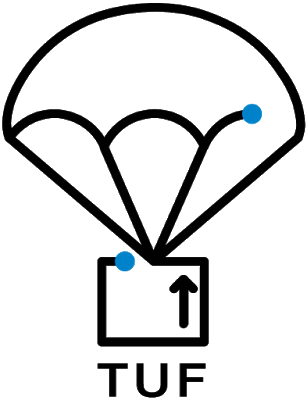 This repository is the reference implementation of The Update Framework (TUF). It is written in Python and intended to conform to version 1.0 of the TUF specification. This implementation is in use in production systems, but is also intended to be a readable guide and demonstration for those working on implementing TUF in their own languages, environments, or update systems.

About The Update Framework

TUF is hosted by the Linux Foundation as part of the Cloud Native Computing Foundation (CNCF) and its design is used in production by various tech companies and open source organizations. A variant of TUF called Uptane is used to secure over-the-air updates in automobiles.

Please see the TUF Introduction and TUF’s website for more information about TUF!

We strive to make the specification easy to implement, so if you come across any inconsistencies or experience any difficulty, do let us know by sending an email, or by reporting an issue in the GitHub specification repo.

Security issues can be reported by emailing [email protected].

At a minimum, the report must contain the following:

The reference implementation may behave unexpectedly when concurrently downloading the same target files with the same TUF client.

This work is dual-licensed and distributed under the (1) MIT License and (2) Apache License, Version 2.0. Please see LICENSE-MIT and LICENSE.

This project is hosted by the Linux Foundation under the Cloud Native Computing Foundation. TUF’s early development was managed by members of the Secure Systems Lab at New York University. We appreciate the efforts of Konstantin Andrianov, Geremy Condra, Vladimir Diaz, Yuyu Zheng, Sebastien Awwad, Santiago Torres-Arias, Trishank Kuppusamy, Zane Fisher, Pankhuri Goyal, Tian Tian, Konstantin Andrianov, and Justin Samuel who are among those who helped significantly with TUF’s reference implementation. Contributors and maintainers are governed by the CNCF Community Code of Conduct.