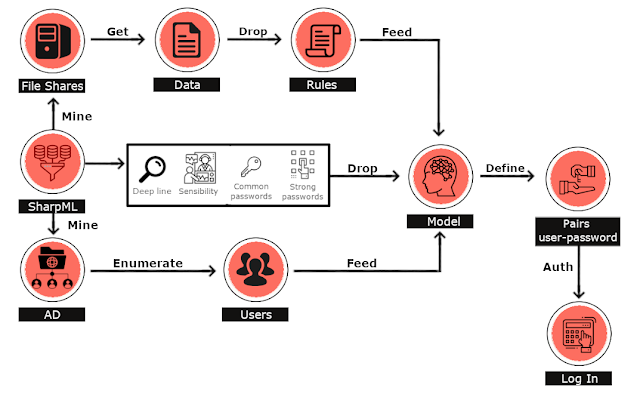 The tool is discussed in more detail on our blog here, but is summarised below also:

The ML model is written in Python, and has been developed using a custom algorithm to identify likelyhoods of passwords. The model has been compiled with PyInstaller and sits as resource file in the C# wrapper, which interops between itself, the data and the model. The program logic can be seen below:

Currently it allows for a single file share to be assessed.

You will need to have read access to the file share you are targeting, after which the tool will perform its activities mostly autonomously.

There a compiled release in the release section, and it is to be noted that this tool is currently a PoC and subject to numerous improvements.