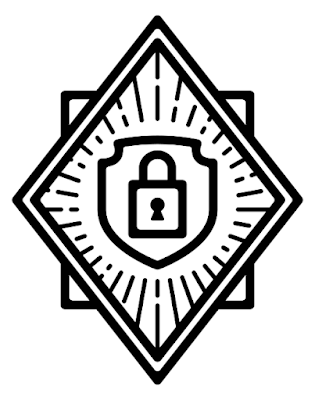 A tool to detect and prevent secrets from getting checked in

Talisman is a tool that installs a hook to your repository to ensure that potential secrets or sensitive information do not leave the developer’s workstation.

It validates the outgoing changeset for things that look suspicious – such as potential SSH keys, authorization tokens, private keys etc.

Talisman can be installed and used in one of the following ways:

Talisman can be set up as either a pre-commit or pre-push hook on the git repositories.

Find the instructions below.

Disclaimer: Secrets creeping in via a forced push in a git repository cannot be detected by Talisman. A forced push is believed to be notorious in its own ways, and we suggest git repository admins to apply appropriate measures to authorize such activities.

Installation as a global hook template

We recommend installing Talisman as a pre-commit git hook template, as that will cause Talisman to be present, not only in your existing git repositories, but also in any new repository that you ‘init’ or ‘clone’.

As a pre-commit hook:

Remember to execute source on the path file or restart your terminal. If you choose to set the $PATH later, please export TALISMAN_HOME=$HOME/.talisman/bin to the path.

Installation of Talisman globally does not clobber pre-existing hooks on repositories.
If the installation script finds any existing hooks, it will only indicate so on the console.
To achieve running multiple hooks we suggest (but not limited to) the following two tools

Use pre-commit tool to manage all the existing hooks along with Talisman. In the suggestion, it will prompt the following code to be included in .pre-commit-config.yaml

husky is an npm module for managing git hooks. In order to use husky, make sure you have already set TALISMAN_HOME to $PATH.

If you already are using husky, add the following lines to husky pre-commit in package.json

If you want to use husky with multiple hooks along with talisman, add the following snippet to you package json.

Installation to a single project

Talisman will need to be chained with any existing git hooks.You can use pre-commit git hooks framework to handle this.

Add this to your .pre-commit-config.yaml (be sure to update rev to point to a real git revision!)

Disclaimer: Talisman cannot guarantee its functionality in MicroSoft’s unsupported versions of Windows. Anyway Taliman is successfully tested on Windows 7 and server 2008 R2, which might not work in future releases.

Since release v0.4.4, Talisman automatically updates the binary to the latest release, when the hook is invoked (at pre-commit/pre-push, as set up). So, just sit back, relax, and keep using the latest Talisman without any extra efforts.

The following environment variables can be set:

If at all you need to manually upgrade, here are the steps:
[Recommended] Update Talisman binary and hook scripts to the latest release:

Update only Talisman binary by executing:

After the installation is successful, Talisman will run checks for obvious secrets automatically before each commit or push (as chosen during installation). In case there are any security breaches detected, talisman will display a detailed report of the errors:

In the above example, the file danger.pem has been flagged as a security breach due to the following reasons:

If you have installed Talisman as a pre-commit hook, it will scan only the diff within each commit. This means that it would only report errors for parts of the file that were changed.

The following detectors execute against the changesets to detect secrets/sensitive information:

If you’re really sure you want to push that file, you can configure it into the .talismanrc file in the project root. The contents required for ignoring your failed files will be printed by Talisman on the console immediately after the Talisman Error Report:

Entering this in the .talismanrc file will ensure that Talisman will ignore the danger.pem file as long as the checksum matches the value mentioned in the checksum field.

Available only for non-Windows users

If it is too much of a hassle to keep copying content to .talismanrc everytime you encounter an error from Talisman, you could enable the interactive mode and let Talisman assist you in prompting the additions of the files to ignore. Just follow the simple steps:

That’s it! Every time Talisman hook finds an error during pre-push/pre-commit, just follow the instructions as Talisman suggests. Be careful to not ignore a file without verifying the content. You must be confident that no secret is getting leaked out.

Below is a detailed description of the various fields that can be configured into the .talismanrc file:

Note: Here both filename and filesize detectors are ignored for init-env.sh, but filecontent detector will still activate on init-env.sh

At the moment, you can ignore

Because some of your files might contain keywords such as key or pass that are not necessarily related to secrets, you might want to ignore these keywords to reduce the number of false positives. This can be achieved by using the allowed_patterns field at the file level and/or at the repository level:

In the previous example, key is allowed in the test file, keyword and pass are allowed at the repository level.

The allowed_patterns field also supports Golang regular expressions. Here is a simple code example where Golang RegExp can be useful:

By default, Talisman will alert for both lines. In the second line, we are extracting the AWS Access Key ID from Hashicorp Vault which doesn’t expose the secret to the code. If this type of usage is common in your code, you might want to tell Talisman to not alert when you use a Vault. This can be achieved with a configuration like:

You can choose to ignore all files of a certain type, because you know they will always be safe, and you wouldn’t want Talisman to scan them.

If any of the files are modified, talisman will scan the files again, unless you re-calculate the new checksum and replace it in .talismanrc file.

You can choose to ignore files by specifying the language scope for your project in your talismanrc.

Talisman is configured to ignore certain files based on the specified scope. For example, mentioning the node scope in the scopeconfig will prevent talisman from scanning files such as the yarn.lock or package-lock.json.

You can specify multiple scopes.

Currently .talismanrc only supports scopeconfig support for go, node and images. Other scopes will be added shortly.

Note: The use of .talismanignore has been deprecated. File .talismanrc replaces it because:

Each validation is associated with a severity

You can specify a threshold in your .talismanrc:

You can customize the security levels of the detectors provided by Talisman in the .talismanrc file:

By using custom severities and a severity threshold, Talisman can be configured to alert only on what is important based on your context. This can be useful to reduce the number of false positives.

Talisman as a CLI utility

If you execute talisman on the command line, you will be able to view all the parameter options you can pass

When you regularly have too many files that get are flagged by talisman hook, which you know should be fine to check in, you can use this feature to let talisman ease the process for you. The interactive mode will allow Talisman to prompt you to directly add files you want to ignore to .talismanrc from command prompt directly. To enable this feature, you need TALISMAN_INTERACTIVE variable to be set as true in your bash file.

You can invoke talisman in interactive mode by either of the 2 ways:

Note: If you use an IDE’s Version Control integration for git operations, this feature will not work. You can still use the suggested filename and checksum to be entered in .talismanrc file manually.

You can now execute Talisman from CLI, and potentially add it to your CI/CD pipelines, to scan git history of your repository to find any sensitive content. This includes scanning of the files listed in the .talismanrc file as well.

You can use the other options to scan as given above.

Talisman currently does not support ignoring of files for scanning.

Talisman Checksum calculator gives out yaml format which you can directly copy and paste in .talismanrc file in order to ignore particular file formats from talisman detectors.

Note: Checksum calculator considers the staged files while calculating the collective checksum of the files.

Talisman CLI tool talisman also comes with the capability to provide detailed and sharable HTML report. Once you have installed Talisman, please follow the steps mentioned in talisman-html-report, to install the reporting package in .talisman folder. To generate the html report, run:

This will scan the repository and create a folder talisman_html_report under the the scanned repository. We need to start an HTTP server inside this repository to access the report.Below is a recommended approach to start a HTTP server:

You can now access the report by navigating to: 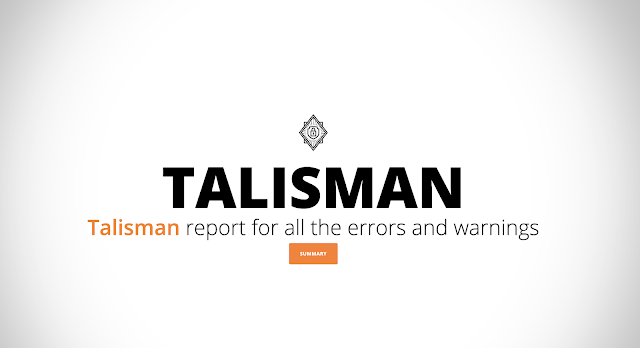 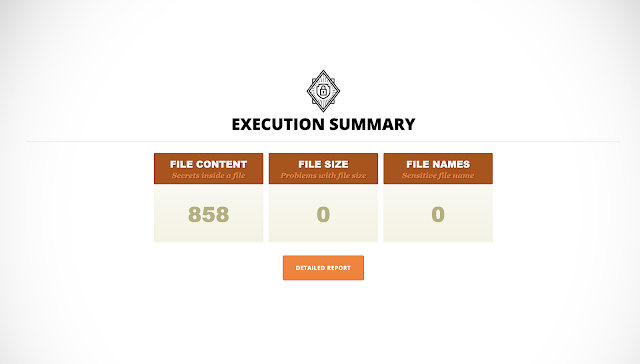 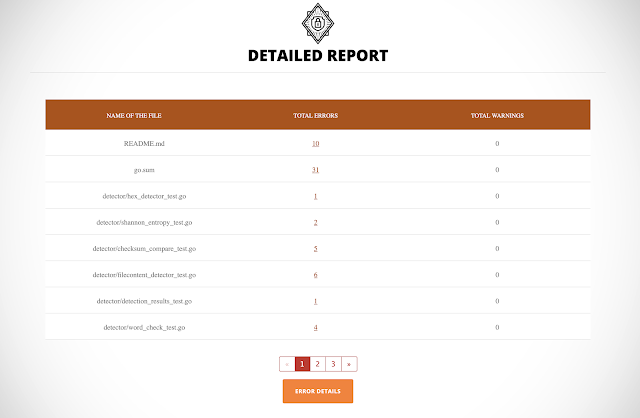 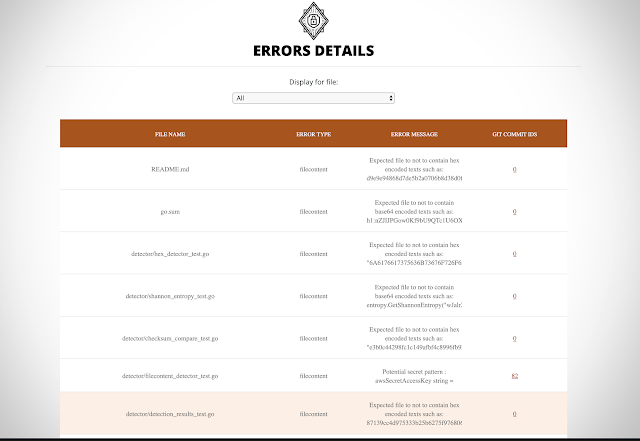 Note: You don’t have to start a server if you are running Talisman in CI or any other hosted environment

The uninstallation process depends on how you had installed Talisman. You could have chosen to install as a global hook template or at a single repository.

Please follow the steps below based on which option you had chosen at installation.

Uninstallation from a global hook template

Run the following command on your terminal to uninstall talisman globally from your machine.

You will have to manually remove TALISMAN_HOME from your environment variables

Uninstallation from a single repository

When you installed Talisman, it must have created a pre-commit or pre-push hook (as selected) in your repository during installation.

You can remove the hook manually by deleting the Talisman pre-commit or pre-push hook from .git/hooks folder in repository.

To contribute to Talisman, have a look at our contributing guide.