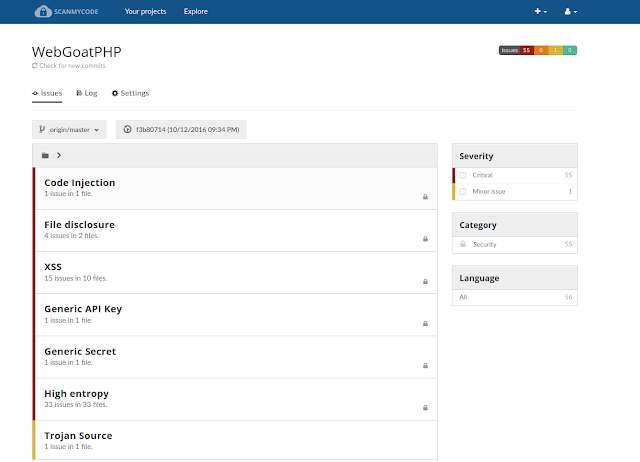 It is a Code Scanning/SAST/Static Analysis/Linting solution using many tools/Scanners with One Report. You can also add any tool to it. Currently, it supports many languages and tech stacks. Similar to SonarQube, but it is different. 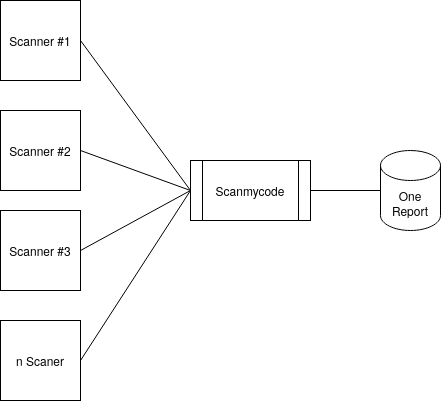 How is Scanmycode different than SonarQube?

If you like it, please give it a GitHub star/fork/contribute. This will ensure continous development

If you also want to support this project, head over to our Github sponsors page or Patreon (preferred due better VAT handling)

To install it. Install docker and docker-compose and then:

Go in the Browser to:

More info in the Wiki:

Community Edition does not have GitHub support and other plugins. But rest is the same.

How is Scanmycode different than SonarQube?

Both use static analysis to find bugs and defects, but there are a few differences.

“Extending Semgrep with custom rules is simple, since Semgrep rules look like the source code you’re writing. Writing custom rules with SonarQube is restricted to a handful of languages and requires familiarity with Java and abstract syntax trees (ASTs).”

“Semgrep focuses on speed and ease-of-use, making analysis possible at up to 20K-100K loc/sec per rule. SonarQube authors report approximately 0.4K loc/sec for rulesets in production.” 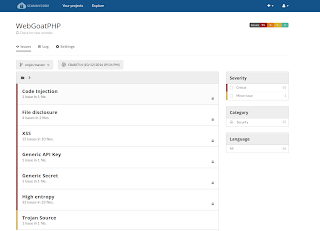 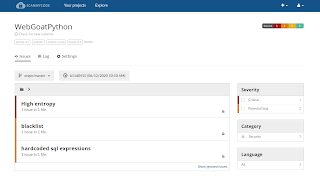 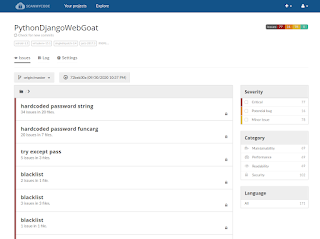 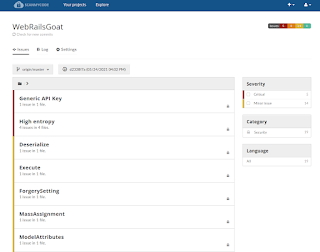 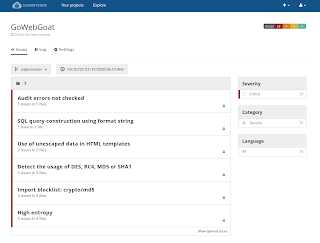 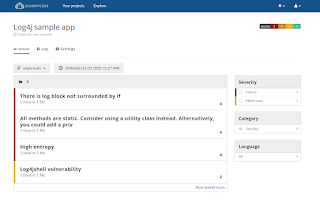 Scanmycode is based on QuantifedCode. QuantifiedCode is a code analysis & automation platform. It helps you to keep track of issues and metrics in your software projects, and can be easily extended to support new types of analyses. The application consists of several parts:

Cloud version and more at https://www.scanmycode.today

Cloud version has also many other plugins, also other plugins are commercially available for licensing (GitHub, GitHub organizations, Slack)

Looking for contributing individuals and organizations. Feel free to contact me at [email protected]

You can use this software, but cannot sell it, also base services on it (SaaS – Software as a Service setups). This is the Commonsclause. If you would like to do it, please contact me first for the permission at [email protected]

We provide several options for installing Scanmycode. Which one is the right one for you depends on your use case.

The following section will only discuss the manual installation process, for the other options please check their corresponding repositories.

The installation consists of three parts:

Now with the dependencies installed, we can go ahead and download Scanmycode:

Set up a virtual environment (optional)

In addition, it is advised to create a (Python 2.7) virtual environment to run Scanmycode in:

There is a sample settings.yml file in the root of the repository that you can start from.

After editing your settings, run the setup command via

The setup assistant will iteratively walk you through the setup, and when finished you should have a working instance of Scanmycode!

See docker folder. You can spin up everything using one command.